Home » Fiction » Supernatural and Horror Fiction » American Authors » The Collected Supernatural and Weird Fiction of Harriet Beecher Stowe: Eight Short Stories of the Strange and Unusual Including ‘The Ghost in the Mill,’ ‘How to Fight the Devil’ and ‘The Visit to the Haunted House’ 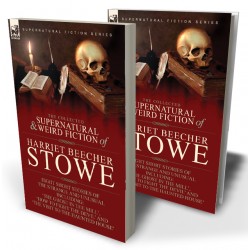