Home » Fiction » Supernatural and Horror Fiction » Male Authors » The Collected Supernatural and Weird Fiction of W. W. Jacobs: Twenty-One Short Stories of the Strange and Unusual including ‘The Monkey’s Paw’, ‘The Brown Man’s Servant’, ‘Sam’s Ghost’ and ‘The Toll House’ 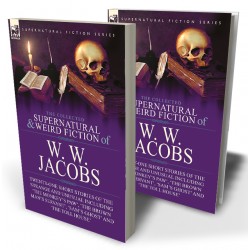