Home » Non Fiction » 18th Century Wars » Commanders and Personalities » Frederick the Great on Warfare: Battlefield Tactics of the Seven Year’s War & Military Instruction to the Officers of His Army 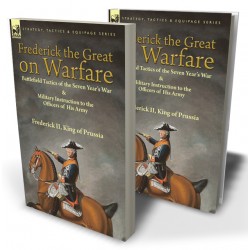