Home » Non Fiction » 18th Century Wars » Commanders and Personalities » Suwarow’s Campaign of 1799: Russia’s Victory Over France in Italy & Switzerland During the War of the Second Coalition 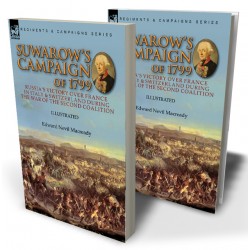