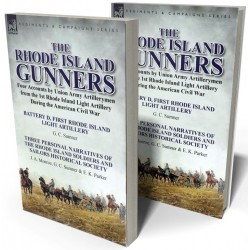 Posterity has been fortunate in that many participants in the war between the states, the American Civil War, decided to write books about their experiences and also about the regiments or corps in which they served. Today, every perspective on those pivotal events is invaluable because, inevitably, the time has come when they are a finite resource for historians to study. However, there is nothing more important for historians than the cross-referenced detail in several books on the same subject, by different authors, to provide a verifiable and accurate view of events. This book, written by former members of the Rhode Island Artillery, brings together in a single volume four recollections of the Civil War the Union gunners knew. Battery D of the First Rhode Island Light Artillery saw much action in the course of the war notably at Second Bull Run, Antietam, Fredricksburg, the Wilderness, Fishers Hill and Cedar Creek among other engagements.