Home » Non Fiction » Aviation » Other First World War Theatres » The War in the Air—Volume 3: a History of the RFC & RNAS in Africa, the Air Raids on Britain & on the Western Front 1916-17 including the Battles of Arras 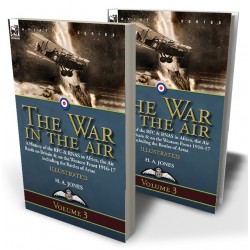