Home » Non Fiction » First World War » War in the Middle East, The War in the Balkans,The Eastern Front, the Far East and Asia » Tanks in the Great War, 1914-18: the Development of Armoured Vehicles and Warfare 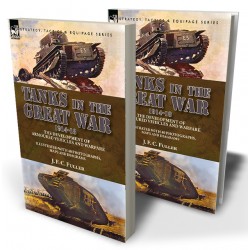