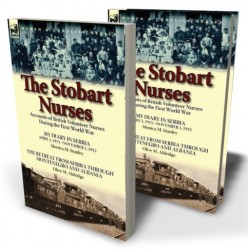 Despite the obvious tragedy of the First World War, it provided, as great conflicts invariably do, the catalyst for change in many aspects of European life. By no means the least of these was that it necessitated large numbers of men and women of the protagonist nations to take an active part in the war. In England, this elevated the status of women, gave them new rights and led to social and political reforms. Pressure to gain these rights was already being applied by suffragettes on moral grounds, but their case may have lacked the irrefutable justification for change that women’s contributions to the war effort provided. Women were engaged in manufacturing and agriculture on the home front, but were also present on many of the battle fronts of the conflict. Numerous volunteer organisations were created or expanded to concentrate on the welfare of fighting men in all its forms, but, most notably, women stepped forward to act as nurses and in other less qualified medical support roles. One of the lesser known groups was the Stobart Nurses, who came into being due to the vision of Dorset woman, Mrs. Mabel St. Clair Stobart. This team of resolute women doctors and nurses travelled to Serbia in 1915 and provided extraordinary service and care for Serbian forces—most particularly during the catastrophic ‘great retreat’. This good value volume contains two essential accounts of these courageous women and will be an essential addition to any library that includes books on the role of women at war.
Leonaur editions are newly typeset and are not facsimiles; each title is available in softcover and hardback with dustjacket.