Home » Non Fiction » Naval and Maritime » Naval Brigades and Divisions » Boxers & Bluejackets: a Personal Account by a Midshipman of the Royal Naval Brigade During the Boxer Uprising, China 1900 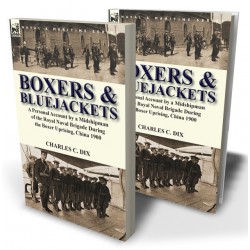