The British Army and the Peninsular War: Volume 6—Pyrenees, South of France, Toulouse:1813-1814 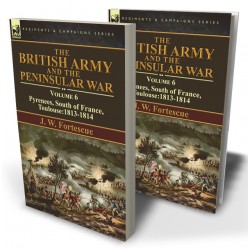 Volume 6 of the 6 volume history of the Peninsular War