The British Army and the Peninsular War: Volume 2—Passage of the Douro, Talavera, Cadiz: 1809-1810 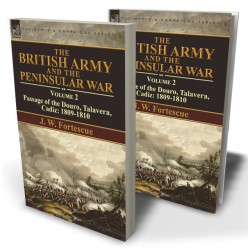 Volume 2 of the 6 volume history of the Peninsular War