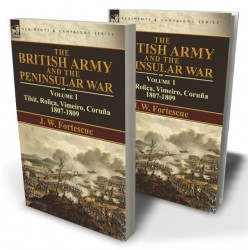 Volume 1 of the 6 volume history of the Peninsular War