Home » Non Fiction » Napoleonic Period Warfare » British and Allied Infantry First Hand Accounts » With the “Eagle Takers”: the Peninsular War Experiences of Hugh Gough with the 87th (The Prince of Wales’s Own Irish) Regiment of Foot 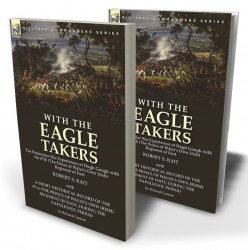