Home » Hood & His Texas Brigade During the American Civil War 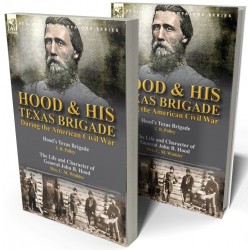