Home » The Assegai and the Bayonet: the History of the Zulus during the 19th Century—The Story of the Zulus by J. Y. Gibson, with Two Zulu Accounts of the Battle of Isandhlwana by Bertram Mitford 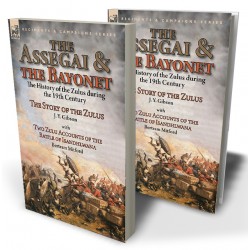