Home » John Stark of Rogers’ Rangers: a Famous Ranger and His Associates During the French & Indian War 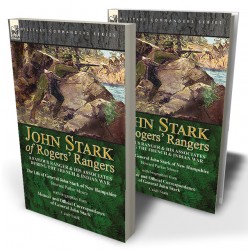