Home » The Diary of a Flying Soldier During the First World War on the Western Front, 1914-18 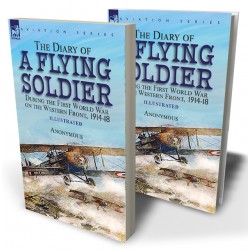